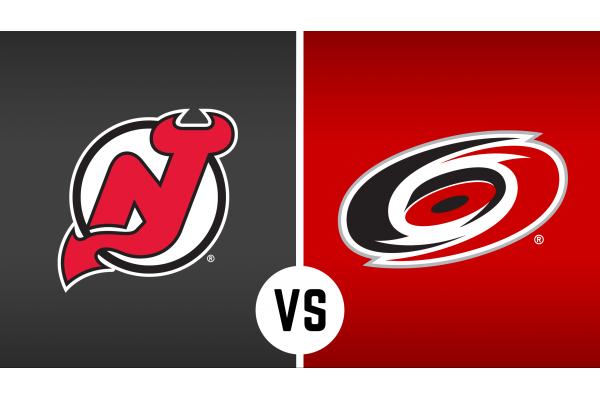 The Carolina Hurricanes and the New Jersey Devils match up here in the Eastern Conference Semi-Finals. Carolina made it through Toronto in their 1st round matchup, while, New Jersey survived against the Islanders. Both teams played to a 2-1-1 series record in head to head matchups with Carolina outscoring New Jersey 8-7 in the 4 games.

Carolina's 1st round series was a back and forth Home Ice series, accept, until game 7, the road team was winning each game. Carolina went down 2-0 in the series before dominating games 3 and 4, outscoring the Leafs in those 2 games. Toronto went back on top 3 games to 2 before Carolina once again fought back with a commanding 8-2 win in game 6. Game 7 was very one sided. Carolina only allowed 5 shots and just over 2 minutes in TOA all game. They scored 2 in the 1st and never looked back on route to 5-0 game 7 series win.

The Devils 1st round series was tight all the way as well. They won 2-0 in game 1 before losing the 2nd in OT, 4-3. They then went down 2-1 before tying it up in game 4, with a 5-2 win. Game 5 went to New York putting the Devils back to the wall but they fought back and took a tight game 6, 3-2, setting up a game 7. The game was delayed due to PSN troubles but, once it got going, New Jersey held control the whole way. They outplayed the Isles in every category and took the series with a 5-1 win.