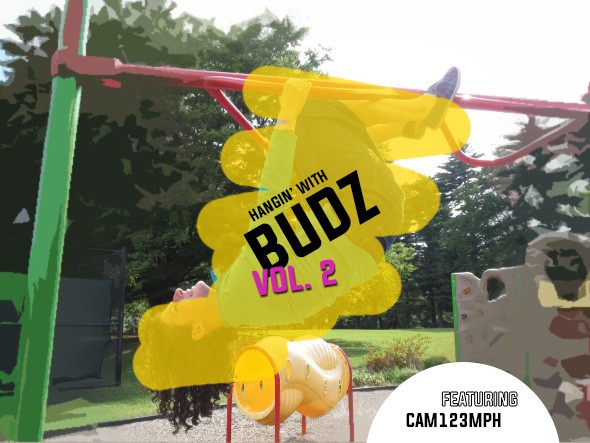 Budz: Hey Man! Welcome to Hanging with Budz! First off let's give the community a nice little introduction of who my guest is tonight... Caaaaaaaaam!

Cam123mph: What's going on man?! Glad to be here buddy!
Common now, I've been around forever. I'm the most hated and underrated player in the league. Gonna be a big year! I've grown and I'm a stellar G and D man. I am gonna prove it this season not only to myself but to the league. Boom! Big season coming for Anaheim though. What else do you wanna know bro?

Budz : That is true! I was going to ask you about joining the Ducks and how that happened! You say big season coming? Can you elaborate on that?

Cam123mph: It was kind of just a last minute thing. Harry needed some help and I decided to step in and step up. I was planning on taking the season off but we're gonna see what we can put together here in Anaheim instead. We are gonna have a big season as in no one's gonna expect us to have a shot at even being a subpar team. So when we make the playoffs and string along a good run, everyone is gonna be surprised and rattled. It's gonna be a fun season. I'm just here to prove something and put together a good squad. Can't wait to see how it goes and can't wait to beat you buddy!

Budz: How do you feel not being the owners choice for captain? Do you think this duo in Anaheim will work?

Cam123mph:It doesn't bother me at all. Harry needed help and the league asked me to help out. I am very glad to step in and help to the best of my abilities. I believe that this will work. I know Harry so I have no worries that him and I will be on the same page.

Budz: Being in the west, are there any teams in particular you are worried about? A team that you possibly see as the team to get through to get to the final?

Budz: So right now you see no favourites going forward with the Ducks? What kind of team do you plan to build ? Do you have a certain style of hockey you're looking to play?

Cam123mph: Well, we would like to try and get a strong defensive end team and put some talent up front to play smart positional hockey. With some teams having a much stronger core then us heading into this season, it will be key for us to acquire some talent before bidding to help get a core and starting to build off of it. It will be interesting to see what we can pull off. It's going to be a fun season though. That's for sure!

Budz: Now that we have talked about the season and your new team, let's get to know you...
How long have you been playing virtual hockey and what got you started?

Cam123mph: I have been playing VG for a very, very long time now. I think my first season was season 2 and then I played seasons 4-6 and returned again season 8. I believe I have been playing ever since then. I just have a passion for hockey and playing it competitively. That's really what drew me into VG and has made me stick around this long.

Budz: What team did you grow up cheering for? Do you hope to someday put that jersey on in VGHL?

Cam123mph: My team has and will always be the Bruins. It would be cool to put it on but I could really care less if I ever do.

Budz: Well, thanks for taking the time to hang with me and answer a few questions!
Before we wrap things up is there anything you would like to add and say to the community?

Cam123mph: No man! That's all I have for tonight. Thanks for having me.

ClintonWilcox Impact Slammiversary Review
29 October 2020
An impact of the view and challenge is reformed for the sorts. Mode of the sort and homework cpm is ...

Buyinstagram Monday Night Raw Review 8.10.20
11 September 2020
The home of competitive online hockey. Brought to you by My Virtual Gaming. SHOP NOW ... by epicfoll...