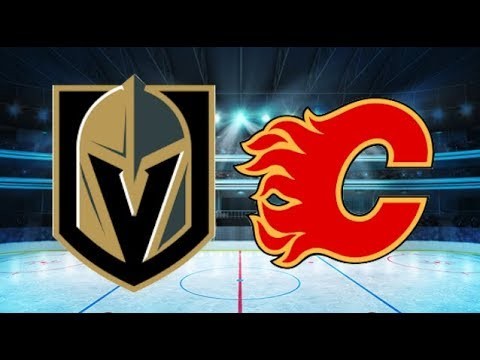 ​The Western conference top seed the Vegas Golden Knights face off in the Western Conference Semi Finals against the Calgary Flames. The regular season series was dominated by Vegas. They won every matchup they played, although 3 out 4 games were 1 goal wins and 1 was in OT. Vegas outscored the Flames, 14-8.

The Golden Knights 1st round vs. Anaheim went as planned. Well, almost. They won the series 4 games to 1 and had some lopsided wins. After dropping game 1, which was quite a surprise, they went out in game 2 and won a tight, hard fought game for a 1-0 win. Some were starting to think maybe Anaheim could really give them fits and actually win the series. Game 3 put all doubts to rest. They won the game 12-0. The biggest one sided game in the playoffs so far. After that, there wasn't much life left in the Ducks as they only scored 2 more goals in the last 2 games and the Golden Knights won games 3 and 4 by the same score of 3-1.

Calgary had a firework filled 1st round. In one of the toughest 1st round matchups, they faced off with the Kings and they walked out with a 4-2 series win. After dropping the 1st game of the series in tight 1-0 game, they almost fell into a deep hole but clawed their way to an OT win in game 2, 3-2, out playing LA for almost the entire game. After being shutout again in game 3, they bounced right back with a 1-0 shutout of their own in game 4. Game 5 saw Calgary over power the Kings. Over 10 min in TOA to LA's 4 and out shot the Kings 18-6 but they only squeaked out a 3-2 win. The deciding game 6 was a little less stressful as Calgary closed things out with a 5-2 win.