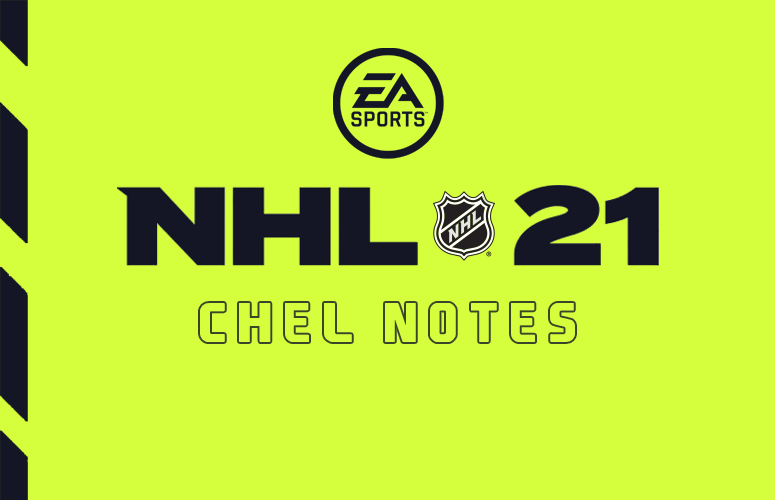 Hey World of Chel fans, this is Ariel Giovannetti and James Capadouca, the Online producers on EA SPORTS™️ NHL® 21. We are excited to share with you the latest features and improvements World of Chel has to offer. Last year we added more depth to Ones and Threes by adding the Eliminator tournament structure, and this year we wanted to focus on giving the community a way to compete and achieve the highest levels of skill. We are happy to introduce you to WoC Seasons.

Our Season schedule will allow you to climb the ranks and earn special season rewards and bragging rights within the elite CHEL community, as an individual player or with an EASHL Club.

For NHL 21, we plan to have 6 seasons in total, each lasting between 6-8 weeks. During a Season, players can increase their personal, skill-based Player Rank. During the final 2-3 weeks of the Season, Club Finals begin, which is the NHL 21 new take on EASHL Playoffs. Once the season closes, there will be several days reserved to audit the leaderboards for accuracy before we give out the end of season rewards.

Player Rank is the next evolution of Competitive Rating or “CR”. Your Player Rank reflects your skills on the ice, with separate Ranks for WoC modes: EASHL Clubs, EASHL Drop-Ins, and Ones and Threes Eliminator.

Reach Level 10 to participate in Player Rank, then play through the required Placement Games which determine your initial Rank.

There are 6 tiers, Bronze, Silver, Gold, Platinum, Diamond, and Elite, which each have 3 levels of Ranks to progress through for a total of 18 Ranks. Keep playing to try to increase your Rank, with the ultimate goal to be Ranked in Elite 1.

You will keep the highest Rank you achieve in the season, so don't worry if you lose a few games, you can always work your way up. Your Rank is separate for each WoC mode, so you may want to Rank as high as possible in each to maximize on the rewards that you can receive. At the end of each Season you’ll earn rewards for the highest Rank achieved in any of the 4 modes.

We have special rewards to be handed out based on your highest Rank achieved so you can brag to the rest of the community about your accomplishments. Keep returning for future seasons to restart your Rank and earn more unique rewards. Can you complete the rewards set by earning a Rank in all 6 seasons?

We are very excited to share with you the new Club Finals Championship. During the last 2-3 weeks of the season, all EASHL Clubs will participate in the Championships which will be held in Carter Lake in a new outdoor rink in front of the hotel.

The Clubs will compete for the Cup that corresponds to their Online Season Division. The higher the division, the more prestigious the Cup they will compete for. Only the most talented and gritty teams will be able to lift the Elite Cup - the World of Chel equivalent of the Stanley Cup.

Once Club Finals begin, clubs can compete in both 3v3 and 6v6 tournaments. Earn Rank Points by competing against other clubs, and climb the leaderboards to earn the top spot and the cup.

There will be only one 3v3 and 6v6 champion for each Cup per season, but there are also rewards for your club no matter where you finish, such as Club Banners to show off at your home arena and logos you can put on your custom jersey as shoulder patches.

So gather your friends and sharpen your skates for some competitive EASHL action!

Since Club Finals is a complete Clubs takeover, we felt that it was just as important to allow players to get into a practice game prior to competing. In NHL 21, we are offering 3 ways to practice:

From the Clubs 3v3 or 6v6 Dressing Rooms, the Room Leader can change the Matchmaking Options and set the Dressing Room to Practice, then toggle either Club Scrimmage or Open Practice.

Club Scrimmage allows your club to play against a team of AI players with full EASHL rules. The Room Leader can change the difficulty to suit your team’s challenge level.

Open Practice allows your team to play on the offensive side shooting on an AI goalie or a human controlled teammate goalie. This is a great way to warm up your human goalie with shots before playing for real.

Free Skate allows you to play Skater vs Goalie, controlling either one to test out your WoC Loadout/Player Class, practice some of the new dekes, or try out the new Traits in NHL 21. Free Skate is accessible in the Edit Loadout screen from the WoC HUB, whether you are in a club or not. Club members will load into their Club Arena while Free Agents will load into an outdoor rink.

We really wanted to spice up the Traits system in NHL21. Traits in NHL21 will offer powerful and varied ways to customise the player classes.

All traits will now have two variations: blue and purple. Both variations will share the same high impact bonuses but ask for different tradeoffs instead.

This allows the player to fine tune the builds according to their style while keeping the system balanced so everybody regardless of their level can enjoy playing on a leveled playing field.

You will earn the Traits as you level up, so we’re excited to see what you think of them as you unlock and try them.

We will also be introducing new traits at the start of each Season to keep the competition interesting during the entire year. Completing your season placement games in any multiplayer mode will unlock the new Traits.

Note: We have removed the Marathon Man specialty to maintain the stamina/fatigue system in balance. This will allow players to try other specialties without feeling they are missing out on an obvious overpowered specialty.

Community feedback was instrumental in helping identify and prioritize a number of improvements across WoC.

Ones Eliminator: We have removed 1 round from the Ones Eliminator tournament to streamline the experience and reduce matchmaking times in the higher rounds. This turns the tournament into a best of 27 players.

Recent Games Details: Now in the Recent Games lists for Threes, Drop-in and Club games, you can dig a little deeper into the team vs team stats and view all of the players participating in those games and the stats they earned during that game.

Server Selection for Private Games: For third party leagues that use the Private Game option from the Clubs 3v3 or 6v6 Dressing Rooms, we have added a sub option that allows for the group to choose which game server location they want to host the game from.

Human Goalie Pulls to control the Extra Attacker: Human Goalies who skate to the bench, can now control the extra attacker player (who would normally be an AI skater).

WoC Menu Restructure: With WoC Seasons being so integrated into the core WoC experience we felt it was a good opportunity to restructure the HUB a bit. The Clubs HUB is now accessible from the WoC HUB. Multiplayer modes are clustered in their own section and Pro-Am is more visible to our newer users.

New Stat Categories: We have added new stats to help you track your performance and scout new players for your EASHL Club

We are very excited about these new additions to World of Chel. We hope you will join us in this competition to be the champions!

Check in on the official NHL 21 website for more info to come soon on all the gameplay features, new modes, and more. We’ll be rolling out even more details about the changes and features coming to gameplay in Mid September.