VGNHL's Best of the Best

I HAVE RETURNED VG FAITHFUL. This week has been hectic man. Started my new job which has been awesome, ate mr. sub and got sick which.. wasn't so awesome. I don't recommend the bbq sauce, that stuffs got a special ingredient I swear. I forgot to do the dishes one night and now I'm in the god damn doghouse, all of you underachieving boyfriends/husbands can relate to that one. Although, today I get to hang Christmas lights about 2 weeks early so, minor W for the week.

Today I will be doing a little opinion piece suggested by Doug, where I will pick out my personal top 2 teams for Offence, Defence, and Goaltending. I'll give my top 3 fwds, 2 D, and #1 Goalie for each team. This is really all subjective, but I love nothing more than ruffling feathers and having people think I'm a moron. SO LETS BEGIN!

I probably won't get too many arguments about Buffalo being #1 for offence. I mean look at this team guys. They've got imo the best 200 foot player in Akon, who can easily carry the team on any given night. Add in stud RW Blades who can control a game down low and have your defencemen looking for a map, and LW MJ who consistently puts up over 4ppg every season on a coughs $2.813 contract. Every one of these forwards can take over on the scoresheet while playing a solid 200 foot game. This team caught my attention early on and I am absolutely terrified of them, and also extremely grateful they're in the eastern conference.

Okay, I know what you're thinking.. "tHiS gUy Is BiaSeD As Fu**". You know what, yep. Opinion piece brother ;). Although, despite being a loyal Av, I  believe we have the second best offence in the league. Bean might be the most competitive guy I have ever played NHL with, and he can dominate every single game offensively and defensively. This guy will murder you if you cost one goal, even if we're up 5-0.... or down 5-0. That kind of intensity can throw some guys off, but it definitely pumps our team up. Fluri has been a reliable 200 foot C for a long time, and is still a pillar piece of every offence he's apart of. He's the foundation that allows our wingers to be so aggressive. Mikeh comes in and is instantly my lover and I couldn't be happier seeing him L2 his way into our hearts. Great IQ and that scoring instinct makes him a deadly player in this league.

THERE THEY ARE. The ever so consistent Penguins make their appearance. RD Kyle has been a staple on the top pairing for this team, and has put up some absolutely insane numbers. This guy was a +112 last season, only took 8 penalties, while adding 20-39-59 1.79ppg in 33 games at DEFENCE. Kyle is a dominating force on the blueline, and can make even the sweatiest of nerds smash their controller in anger. Kyles partner is none other than Pittsburgh vet the-statistician. Stat is kicking off his 3rd season as a Pen, and will again be relied upon to be a stalwart on their blueline. Posting 19-128-147 1.47ppg in 100 games, with a combined +253 over his last two seasons as a penguin, he's been an animal. Stat is a wall on the line and just like kyle will give any forward a tough matchup.

What may seem like a surprise pick to some, seems like the perfect choice to me. RD Big_gren is the prototypical offensive dman. This guy can conduct smooth breakouts by exiting the dzone with possession regularly, and easily create offense for his team. Its very hard for a defenseman to put up 2ppg over an entire season, but Gren is one of the few who did. A defensemen this talented playing with a fwd like Tommy should have the entire western conference on high alert. Now LD Datsy, oh mannnn. I knew you could play D and I don't wanna say this too loud or your head might blow up to the size of Texas.... but you're pretty damn good at it. In all seriousness Dats is a great friend of mine, and he's got the mechanical skill and IQ to be a top tier player wherever his team plays him, be it FWD or D. His experience playing FWD makes him an ideal choice to carry pucks through the neutral zone and over the blueline to set up scoring chances. I'm really loving what Tommy did for his blueline this season.

Despite him only playing 2 games this season, I believe Chad can be the best goalie in the league when he's on his game. His position and ability to read a play is second to none and can really get into an offences head. Add in a quiet yet lovingly hard-ass personality, he's a leader for every team he's on. I've seen this guy carry much worse teams than his current Blues to playoff appearances, so I expect nothing short of a 2nd round appearance for the Chad lead Blues this season.

Having played with Newsy in season 16 I can confirm he is the goat. The word "consistency" gets thrown around a lot when talking about goalies.. but let me just post Newsy's save percentages from the last 4 seasons with the Leafs: .828, .823, .804, .835. If that isn't the definition of consistency I honestly don't know what is. Newsy plays a calm game, and is always in the right position to take away the shot. I liked to compare him to Price, in that you'll rarely seem him need to use that RS to dart across the crease to make a save.. because he's already there. Positionally sound, and yes... consistent. This makes Newsy and his Leafs my #2 choice for goaltenders.

I would like to thank you all for reading and I can't wait to read the "you're a moron" comments down below. Luh you all, stay sweaty VG. 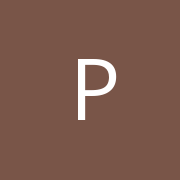 PhillyFan1106
This comment was minimized by the moderator on the site

Isles is a plug, don't listen to that guy.

MikehTheGod
This comment was minimized by the moderator on the site

isles2791
This comment was minimized by the moderator on the site

You forgot Hawks1Goal and Lach12 as best G tandem from last season carrying on into this one! Nice article however