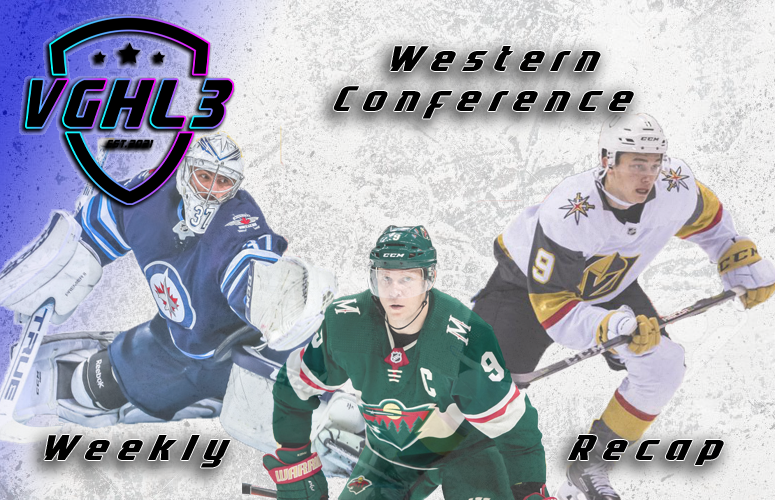 To open up this first west review of the season. We have got to start off with what everyone is talking about. The inability to come to a decision on late sign up players.  As of this article the rule is that any late sign up RA’s can only play 6 games in the 45 game season. Much to the disdain from many of the owners, people like shayne, kakko, nuckzy, and oppicity will be riding the pine for all but 6 games this season. Is this rule right or is it wrong? Some say it’s unfair to those that sign up late, others say it's a good way to prevent team stacking. I would have to agree with the latter here. As in other leagues, you have ringers, or people who change their name to go unnoticed and to get traded to a team of their choosing for next to nothing. This hurts a league, the more stacked your team is, obviously the more you will pound on a weaker team, thus resulting in them quitting because it is no fun anymore. And as a brand new subdivision of VG we do not want that at all. We want a fun environment where everyone no matter the skill level can participate and compete. Now onto the real topic at hand. REVIEWS!!!!

Mainly the West was tricky for me to pick up. As pointed out in the shoutbox, alot of teams took me by surprise which will obviously not happen again… The West, not surprisingly, seems to be the tighter division as of now. Not saying the west is great East people but in the East there is alot more separation rather more compact all around in the West. But typically in any league you join the west is always a bit tougher to get out of due to everyone being so close together in points. Leading the way out West we have the boys from Anaheim, led by Yung and Capsfan. And bringing up the sneaky, but comfy 8th spot we have the Dead Wings, I mean Red Wings. Coming into this week everyone has a chance to move up a spot as 2nd  through 8th have one win separating them and the spot above them. So we could see drastic changes coming into week 3. Let’s get to the rankings.

Now you’re probably wondering why do you have Edmonton so low? They have a 6-3 record and are second in the conference. Maybe it was a lack of seriousness on Edmonton’s part or a 3rd line, but they got embarrassed by the Detroit Red Wings, a 2 win team, 1 win at the time, 4 to 1. Now it may have been a fluke, it may never happen again, but with such a short season, there can be no room for error, and that loss could be one they will regret for a long time.

This concludes the first ever Week 1 West review from yours truly, your lord and savior The Messiah. As always see you next week as we have more exciting threes action to cover. And feel free to follow me on twitter @jaredtwilbs for all vghl updates and article uploads! Also, show vg some love and support and give them a like and follow on their twitter page @MVGHL Take care guys and good luck to everyone!