AHL Players of the Week 6 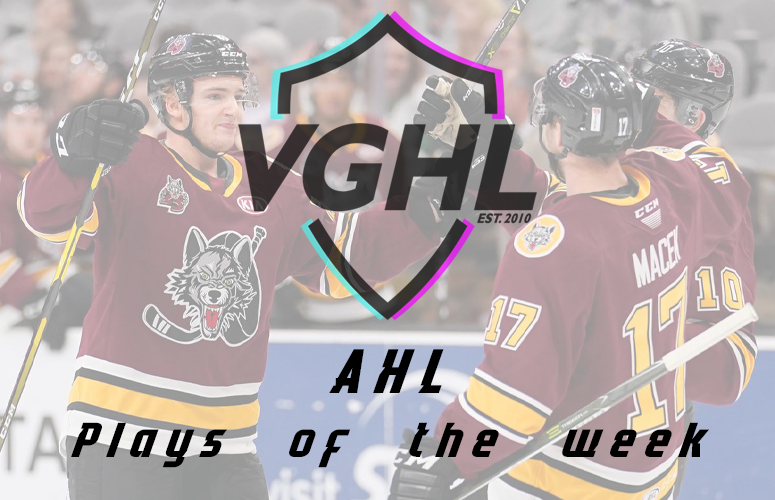 Welcome back to another fun filled edition of AHL Players of the Week. This week we will feature 3 brand new forwards up for the award, a familiar face in the defense and a goalies that is trying to do what he couldn't do last week, win. Every week the task of choosing the winner just keeps getting harder and harder. Every week the skaters keep putting up more and more points while the top goalies are putting themselves in categories of their own. Good Luck to everyone that is honored and up for the chance to win.

So lets start backwards this week and go with the goalies first. As you can see we have two familiar names on this list of Binny_50 and WVU7_PENS87 with a new contender of TBLightning27. Binny_50, who plays for the Condors, had another respectable week going 6-0-0 posting a gaa of 2.33 and a save percentage of .803%. He is the only one on the list this week that was able to secure a shutout. Next up we have the new comer, TBLightning27. TBL plays for Providence and helped his team posting a 4-1-0 record. Over the 5 games, he stopped 36 of 46 shots faced, with a .783% save percentage and a gaa of 1.75. WVU7_PENS87 made it his mission this week to avenge the snubbing of the previous week by shutting down his opponents this week. The Americans goalie played in 6 of the teams 8 games going 6-0-0 and had an outstanding 1.59 gg while stopping 70 of the 80 shots he faced. His save percentage of .875% is the highest of any goalie that played more than 4 games. And the winner for Week 6 goes to... WVU7_PENS87!!! Congrats on earning the award.

And now we come to the power houses of the league, the ones that put up the most points and score the most goals... the forwards. This week we have three new nominees that make the list. Two of the players are from Wilkes Barre and the other is from Stockton. Lets get on to the nominees. First up we will have the player who played the least amount of games but his stats are undeniable. SpAmR1_h0pE4bEsT played in only 3 games for WBS he put up 22 points scoring 10 goals and 12 assists. This gave him 7.33 ppg, a +/- of 20, 2 power play goals, and a 71.4% faceoff winning percentage. Next we will continue with a player from Wilkes Barre with Smetty-_-. Smetty-_- played in all 8 of his teams games, helping the team go 7-0-1. Smetty-_- put up 40 pts with 26g and 14a, had a 31+/-, and a 5ppg. In addition to that he added 3 power play goals and 5 game winning goals. Last we have Hoooosierss who plays on Stockton and appeared in 5 of his teams games. He put up 15g, 11a for a total of 26pts, had a 5.20 ppg, with a 17+/-. He also added 1 gwg along with 1 power play goal. The award for the AHL player of the week for forwards goes to Smetty-_-!!!

Congrats to all of our winners for this week.