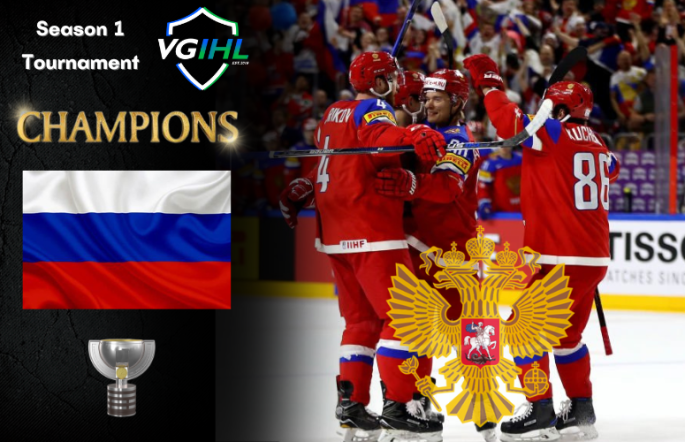 Sweden vs Russia. This is the matchup leading us into the IHL finals. How did both teams get here?

They say it’s good to be the king. Well, when the back end of the GM talent pool is so barren you gotta dig dozens of feet to hit water, two elite players at the helm certainly helped the crown wearing Swedes become early kings of the IHL. Add in a fantastic draft and you’re off to the races. The Swedes dominated IHL all regular season, although there were noticeable cracks in the armor. Multiple 1 goal wins, close games against mid tier teams and a few losses. It would clearly be a difficult task but it seemed clear they could be beat.

In the world of the blind, the man with one eye is king. Why? Bc he may be at a disadvantage compared to an average person but amongst the blind? Advantage: half an eye dude. Similarly, in the land of the worst trade offers you could possibly imagine, the man with a bad trade offer is king. That man was shadyko and as a result, after the league burnt through Frolunda’s patience, he won the lottery for Russia. Even after making the trade, availability proved to be a much greater issue than anticipated, leading to less than stellar results some weeks and at least one near playoff elimination. Would they be able to overcome this in the finals? Game 1: Russia goes up 3-0 early. With all seemingly disastrous, Sweden takes a timeout and immediately scores 2. Midway through the 2nd, Sweden was up 4-3. It all led to a double OT game that Sweden won. Game 2: Russia is very late assembling 6 to the point it looked like it might be a series ff. Finally, they do get started. When they do, Sweden’s momentum carries them to a 1-0 lead. Back and forth they go until it winds up being a 3-2 russia lead which holds. Game 3: Russia finally manages to put basically a full strength lineup out there. Yet both teams, afraid to make that first crucial mistake, maintain a 0-0 tie until 45.6 is left in the 2nd. That’s when Russia wins a faceoff, patiently holds the puck at the point, rifles a pass to the side and gets rewarded with a one-tee goal. Sweden’s defense and goaltending did everything it could but a consistent strategy of “force pass middle, get intercepted” carried all the way to the end. With 7 seconds left, jorkos, who had been beyond stellar all series long for Sweden, steals the puck at Russia’s blue line. He heads to the high slot with plenty of runway. A man is covered to his right. He skates in to snipe aaand tries the force pass right anyway. Picked off! Russia wins! 1-0. Hell of a series.

I just hope there are significant adjustments to the AA system. Like prioritize assigning players to teams that lost the AA lottery and are short staffed as a result. Currently, the system gives every team random AA’s regardless of who’s short staffed. This predictably led to some teams having an embarrassment of riches while others struggled to get 6 each day. It creates a very imbalanced trade market as well, with some teams having a lot to spare through sheer luck. Also allow GMs to draft more players so they’re not at the mercy of unlucky AA’s. In the interest of parity, it wouldn’t hurt to allow teams to allow a claim day once a week. A day where certain teams can claim one or two PR players off any roster. Maybe allow each team to protect one or two PR guys and let the bottom 4 teams claim the rest from there? Or let teams that are badly short-staffed due to AAs have a crack at it? Perhaps some changes to trade quality control are in order? I wouldn’t mind some kind of alternative punishment for failing to hit the playoff minimum. Something like an automatic ff in game 2 and a 3-5 goal handicap in game 3. That way we at least get to see the series play out while still providing an enormous disadvantage to teams who can’t hit the playoff roster minimum. If there’s any time to experiment, it’s the IHL. If this season proved anything, it’s that there’s at least some room for improvement. Welp, that’s all from me. Have a great next season!

Written By: Bent aka gwell66