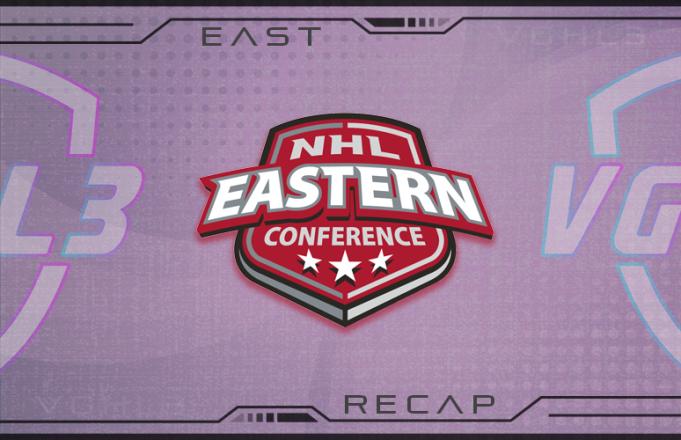 We’re back at it again and this is a time to be giving thanks for, not only is it Thanksgiving week, but we are also blessed to have another week in vg3 which means… More recaps to come!!! I am so thankful for this community to allow me to entertain them with my articles.

The East had a difficult time with the Western Conference this week as only a handful of teams posted up a winning record this week. That being Florida, Tampa, Montreal and Pittsburgh. If it wasn’t already clear, the West is already the cup favorites. Then we have Boston, Toronto, Washington, and Buffalo. What’s going on guys? We need to make the East competitive. It’s depressing.

We have had another managerial change this week as the Pittsburgh Penguins have dropped management after their seemingly toxic environment in the discord was exposed. Your new management team in Pittsburgh is Bigbuzzell as the Owner, and StOnEy_FaZe_DaD, welcome guys I hope your stay here is longer than your predecessors.

Guys if you want to manage and quit I would recommend going to the East as it has been a total shit show over there from the get go. We have 2 new management teams and 3 sets of horrible owners making sure the bottom of the conference is locked down.

This week was not the East’s friend at all, out of all the teams in the East, and the powerhouses, the Maple Leafs, of all odds had the leading scorer for them this week, ze2- with 6 games played and 22 points. The only goalie from the East that did anything special this week was CLand with 4 wins and 2 losses with a 3.16 gaa and a 69% save percentage. If this is what is to come every week the East plays the West it’s going to be a long season over there. We cannot have this turn into a best of the worst sort of deal.

Your player of the week for the Eastern Conference, albeit it may not be the best choice, rather the only choice after a less than productive week is C-Land_The_Boss his save percentage is meh, his gaa isnt anything eye popping, but he was the best of the worst this week.

Sorry for such a short and bland article this week but there really wasnt anything eye popping to say the least to comment on. I wish you all a happy Thanksgiving stuff yourselves thoroughly, watch some football, play some football, its going to be a great day. This has been your Guide to the Apocalypse in the East till next time, this has been Messiah from Messiah’s Chapel