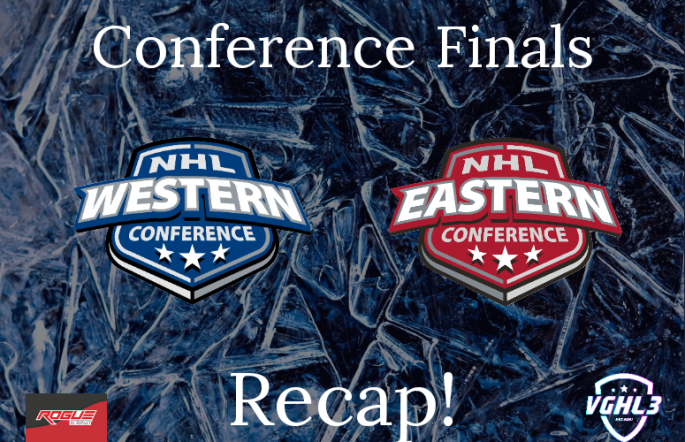 Our field is now down to 2. After 2 weeks of exciting conference finals action, we now know who is going to take part in the season 4 finale. It has been a long and winding road but the favorites in each conference have not disappointed. Now they have a date with destiny!

In a series where Florida was finally tested. They disappointed. In their previous 2 series, they dominated. And swept in both rounds. It almost seems like the team that they built was only good for the division, as, as soon as they came against real competition they crumbled. Torontos combination of Sevy, Willis, grinder, and van came in clutch when needed. It is safe to say had they not been a part of these games, Toronto was as good as dead. As all 4 of their wins were determined by 1 goal. But now, they await the winner of the Western Conference Finals.

Vancouvers fairy tale has finally ended. Some will say they had faith in them upsetting the night Jets… but after a 19-7 thumping on night 1 all of that was lost. Winnipeg is just too good and ultimately, the lack of talent in Vancouver was showcased these 2 weeks. They never had a quality top line. They never had quality goaltending. And the fact that they got by Anaheim baffles me. But the true finals is now set. Toronto vs Winnipeg. The fates have aligned and we are now in for one of the best finals vg3s has seen since season 1.

The finals are set, get your popcorn and beer or liquor ready. This is going to go down in history as the best finals in our short existence. I cannot wait. You can catch all the action on VGHLs twitch and then on kinglymes twitch as well. As you know this will be the final season of ps4 and ps5 people together. They say in the Nhl 23 tag line. Better together. But they are splitting us all up. Friends will be lost, but new friends will be made. To all of you ps5 people, it has been a pleasure playing with you all these years. To the Xbox people reading this. Please treat them right. They are great people and deserve your admiration and respect. For likely the final time this season. This has been your messiah of vghl3 signing off !